So it seems like I am on a reblogging roll today! This time I resurrect another one of my favorite and popular post from my long dead old blog pointing out the 10 virtues of a research project which may help you to get selected for the Interview stage. When you get there, do read this post! Yeah. I know the order got inverted but wth! Read on!

It is crunch time now. With the deadline for the submission of the KVPY matters rushing ahead, it seems like it’s just out of reach. I know the feeling of desperation in the ones who have not yet found out what exactly they want to do for the KVPY and are resorting to the last ditch attempt of Googling stuff like “KVPY Projects” (and ending up here, on my blog as a result; so thanks a lot, I guess!).

Considering the paucity of materials that such random googling would actually land, I thought that it would be a cool idea to outline what might be the features of a project that gets selected for the KVPY, and if your project satisfies most of these criteria, then, well, just go ahead and do it! If not, then, it’s not too late to make some changes, some modifications, the subtle variations in aims/objectives/methodologies, which elevates your study from the level of rank ordinary to the extraordinary!

So, here are 10 reasons why the KVPY should accept your project:

Your project has got to be something different. It has to be something that strikes the reviewers as being new, well-thought out and thus, reflect to them the fact that you happen to have a bright mind and a sharp one too. One of the projects that a friend made, which made it till the interviews but did not get selected in the final draw was acknowledged by the interview board to be one of the most intriguing studies they had ever come across. It was: “Acquisition of Homosexuality in Adolescents: A Risk Factor Stratification: Is it Environmental?” 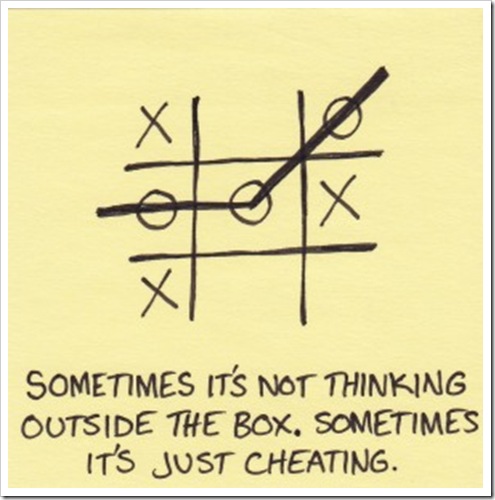 Your study should answer the question “SO what?” By that, I mean that when you present your study and someone asks you “So what?” you should have a cogent reply to that. Lots of studies are being done which do not really have any outcomes, any impacts or effects whatsoever! It’s useless to submit such a project for the KVPY, nay; it’s useless to submit it anywhere for anything!

One of the major objectives driving research is that one study should form the basis for another one. Research should spawn more research, and thereby add to the body of knowledge. If your study happens to have dead end findings, either you are in line for a Nobel Prize, or…

Acronym for Keep It Short & Simple (I find saying Stupid on the last S a waste of an S.)

A last moment paper, written hurriedly, filled with typos, poor formatting, badly arranged headers, etc. is an eyesore. No one likes to see such a paper. Whilst I do not suggest that you should go to the extent of making a great expenditure to beautify your report, it should be neat and clean. Professional. If you are not sure how a paper should look, go download a paper from NEJM (www.nejm.org) or The Lancet (www.thelancet.com) or any other reputed Biomedical Journal and download a research paper and see how theirs are formatted. However, stick to any specifications for the KVPY (they tend to change from time to time, so keep an eye on the latest recommendations and guidelines for the best results!).

The key to a good study is proper methodology. A messy methodology not only clouds proper conclusion and decision making, but also raises serious aspersions on the originality and genuineness of the study. For example, I went to a research conference where someone presented a study where, he showed that there were 50 normal pregnancies and 50 eclamptic ones (which he encountered in a mere 2 months’ time). Now the questions raised in this regard are:

And of all the questions asked, the last one is almost always deadly, lethal, so to say.

No one looks kindly upon a researcher who cooks his books. Hello Dr. Wakefield.

Well, if you want to do a study on induced pluripotent stem cells and happen to be a student in a rural medical college or one like mine where research labs are not that great (note: I am a student of an apex tertiary care center in Eastern India), then, that is evidently not going to happen. Whilst it’s never bad to dream big, one should also remember the realistic bindings and issues as well. Otherwise, a great project will be envisioned, and never executed. And no one appreciates work you never did.

The KVPY application forms are an extensive exercise, and the applicants would be well advised to write them with a lot of thought, and imagination, if I might add. Questions like “What medical innovation has inspired you most?” or “What did you learn while doing this project?” or “Name a medical instrument that intrigues you and explain why?” are often incorporated in them, eliciting, unknown to the student, and a graphic detail about him/her. So, by the time you get selected and reach the interview board, the interviewers know you well enough. At least on paper!

So, think before you leap!

Another thing that I almost messed up was the online application which I had to submit almost at the last moment; because I was not aware it existed. Thankfully, I managed to get things done properly and thereafter it was smooth sailing, but it is highly unadvisable to do that! Always be serious about official paperwork. The last thing you want to be disqualified over is an unsigned form or an unfilled application!

Can one ever over emphasize the need for a set of good letters of recommendation backing up his or her application? A recommendation that marks you the highest marks on all the factors is not always the best one. But, rather, the best one is where the recommenders’ assessment is at par with the recomendee’s assessment. For example, after I got selected for the interview, my recommender told me that he had written that he thought that though I have a poor hold over biostatistics, my strength lies in my ability to innovate and bypass problems using novel approaches, something I had also admitted in my application. So, ask your recommenders to give an honest opinion. It works.

One can list reasons after reasons, but never come up with the perfect algorithm that can determine which project goes through and which does not. However, the X-Factor is something which is not within our powers to control, and hence, is best not bothered about.