This post was written on an old blog of mine when the common entrance test for the medical under and post graduation levels were being mulled. Now it seems the big shots have reached a final decision and there seems to be a consensus on making a united, single exam in the form of the Common Entrance Test. This post was written a few months ago, when the step was being considered. I wanted to write about my take on the whole CET business, but then thought that it would be the best idea to give some form of a primer to my readers about my take on this in a chronological fashion before springing on them my very opinionated take on the whole issue.

If the word on the street is to be believed, the Indian Governmental thinktank has decided that it is high time they started tinkering with the medical education system. They must have grown tired of wrecking the rest of the CWG buildings and messing up their image globally. Now it is time for the doctors to pay.

Anyways. The Indian system of allopathic medical education largely follows the old British system (like a lot of othjer colonial hang overs, we are yet to get out of this too!) in that there are separate levels of under and post graduate degrees. So, after getting the MBBS degree, which is the undergrad license to practice allopathic medicine, we fall in line to prepare for and take the post graduation entrance examinations. And they are a b:tch! 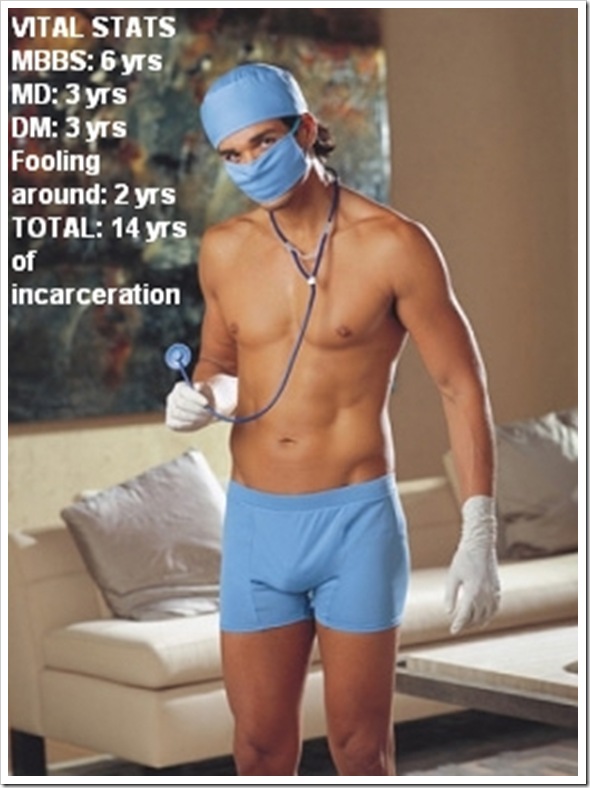 So long, there has been a bit of a mishmash system where every state organizes its own post graduation entrance examinations. Then there are some institutes of excellence which are autonomous and hence get to conduct their own examinations to weed out the unworthy. And of course, there is the big one: the AIPGMEE! The All India Post Graduate Medical Entrance Examinations. In all this brouhaha, one may end up taking as many as eight exams every year in order to gain access to the wondrous pantheons of post graduate training in India.

Now, the educationalists are thinking of reducing the “noise” in the system. They are planning to make one common entrance test merging the state based examinations with the AIPGMEE. Now what confuses me is what will happen to the system of state based distribution of seats.

There are, of course, two clear options:

a. Merge all the seats from all the states, rank the examinees on the basis of a single test, then let them choose on a ranking basis. Now there are going to be a lot of confusion regarding the seats of the private, semi-private and NRI backed colleges which offer a healthy number of seats in the post graduation arena in states like Karnataka, Tamil Nadu and Maharashtra. (More on that in a later post.)

b. Give the examinees a national rank and a state based rank and then let them choose which one to opt for. Or maybe even hold counseling sessions both at the state levels and the national levels. This will have the distinct advantage of not tinkering with the present distribution of seats, whilst, at the same time, making a single standard examination the gateway to post graduationship instead of the present mess.

Many people want the status quo to remain. They are unhappy about tinkering with a system which is already on the verge of collapse. But unlike them, I revel in rebellion. I am pro-change. I say: bring it on! Let us see how this goes!

Next up: why I support the change!

0 comments on “A Common Test?”