Geriatric sexuality is a very sparsely explored domain in the medical arena. With the developing world getting top heavy on the age pyramid, this has become a rather timely question to ask. This study conducted in Australia takes a look at the prevalence of sexual activities in people ages 75 years and above (upto 95 years).

The obvious problem was to recruit the study population in this age group. Given the fact that there would be several impediments of working on a long term with people of this age bracket, a high rate of attrition was to be expected. So, to make up for that, at the very starting point, an inordinately large sample was needed to be recruited. Also, the study needed to look at community dwelling population because the people in the nursing homes and other geriatric care facilities, usually a good source of study population for this age group, would have been too obviously ill to be having sex (or have several contraindications to having sex). This is how it all went down:

Study flow diagram. Click on the pic to view a larger version.

So eventually, thanks to massive attrition rates due to disease or death, the final study population stood at 3274.

Out of these 3274 participants, 2783 (85%) provided information regarding sexuality. In my opinion, that in itself was quite an astounding number. The data collection was done in 3 waves of questionnaires:

Sexual activity was defined as a sexual encounter in the last 12 months. In the study, it was seen:

An interesting point to be noted in the graph above is that whilst the numbers of people who considered sex to be not at all important rose dramatically with increasing age and those considering sex to be moderately important dropped dramatically with increasing age, there was quite consistency in the number of people considering sex to be extremely important and very important across all age groups. Whether the numbers are just a chance finding thanks to the large population surveyed or whether there is something more to this is a matter to be debated, but it definitely shows that with increasing age, the socially accepted norm of sexual abstinence is dropping. The traditionally accepted notion that sex in the elderly is not only inappropriate, but also immoral, (1) stands challenged here.

The common barriers to sex in the 1926 men who said that they were not sexually active are an interesting medico-socio-religious blend:

It is an interesting study in that it also measured the testosterone levels of the study populations at survey waves 2 and 3. In longitudinal analyses, it was seen, quite expectedly, that higher testosterone levels were associated with increased likelihood of having a sexually active life, while coexisting comorbidities were associated with lower odds of having sex. the question whether endogenous testosterone is an important player in regulating sexuality in elderly males (2) has been asked time and again, and this study, again, albeit indirectly, places some amount of importance on this aspect. Smaller studies with more stress on hypothesis generation than testing them have been done to assess whether testosterone supplementation has any beneficial effect on elderly male sexuality, but they have been poorly powered in general. some studies have shown that libido and erectile dysfunction in elderly males have improved with the supplementation of testosterone in hypogonadal males, it seemed to be of little benefit to the men with normal testosterone levels (3).

Although the study is rigorously designed and conducted with adequate sample size, there are several limitations which are well-nigh impossible to overcome in studies concerning this population:

An interesting study, indeed, especially considering the fact that the very country in which this study was conducted, Australia, the Institute of Health and Welfare, forgot to mention about the sexual health of the geriatric population in their publications (5). Since medications play some role in inhibiting the sexual needs of the geriatric population, as healthcare providers, we need to be acutely aware of the needs. Depending upon the cultural contexts, elderly people may not be able to voice their concerns regarding the medications which may hamper their sexual needs with their healthcare providers. This study shows that there is a significantly larger population of elderly people who consider to sex to be an important part of their lives, but are not being able to meet their sexual needs. As healthcare providers, we need to cultivate an enabling environment where they are able to express their needs and whether any medications (beta blockers, anti depressants, etc.) are standing in the way.

Traditionally, sex has been the symbol of youth and vigor. But with an aging population and a significantly increased number of elderly people staying more interested with it, sex is fast becoming their playground too! 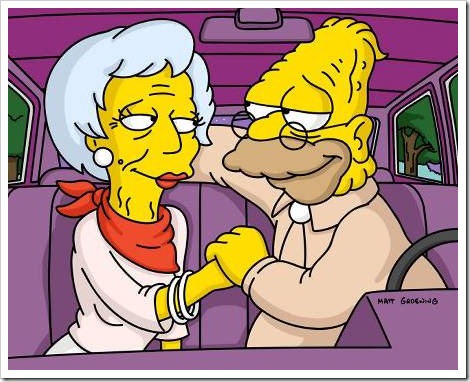 10 thoughts on “Sex and the Senile”