The medical mind has pondered and pondered on the existence of maladies of the body and mind which are real, and sometimes, not so real. While the cynics say that the latter exist only in the realms of medical lore, us medical history nuts always beg to differ. A number of exotic diseases have sprung up in the minds of physicians with particularly fertile imaginations over the years. Starting from Egerton Davis’ wonder-work on Penis Captivus, which captivated the mind of the discerning scientist for ages, to today’s avatar: the Texter’s Thumb.

Or Blackberry Thumb, as this recent CMAJ paper says (1).

BlackBerry thumb is a repetitive strain injury that causes tendons at the base of the thumb to become inflamed as a consequence of hyperextension and awkward positioning, as can occur during extended use of a BlackBerry or other smartphone. 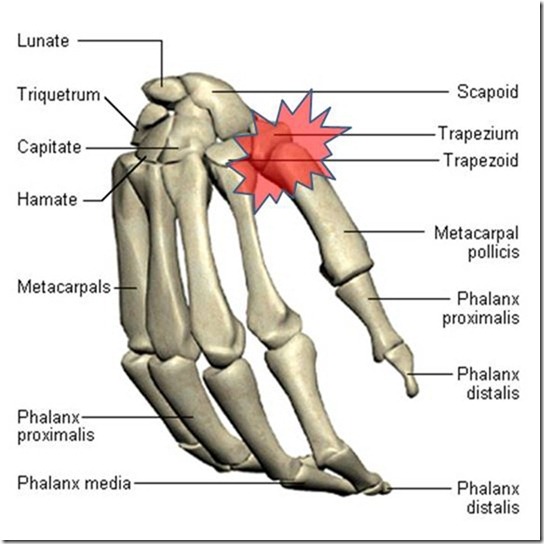 As is the case with any interesting disease making its first grand entry onto the stage of Pathophysiology, there are schools of thought which pooh-pooh the claims of the ones bearing the flag of the new disease. They are raising the issue that although the media hype surrounding the newfangled name is taking this disease places, it has long had its own rightful place in our Pathology books, but only in another name. deQuervain’s Tenosynovitis.

Talking of going places, there are studies that are claiming that the impact of using the hand held, thumb manipulated devices may extend well beyond just the thumb (Appl Ergo 2011;42:371-8)! The disease is not just raising the interests of more and more hand surgeons who are just straining at their leashes to give a completely new meaning to a hand-job, the ever hungry lawyers are getting ready to help people sue their employers for making them use mobile devices once they fall prey to texter’s thumb.

This study also rings a deep note of concern in me, especially now that I have acquires a cheap smartphone with really cheap internet usage plans.

And finally, I have strong issues with the “official” term for this disease, Blackberry Thumb. While there are no studies that conclusively show this to be uniquely an affliction of the users of that particular device, I think it’s a cunning ploy by Steve Jobs et al to send subliminal messages out to the world implying iPhones also come with an app to prevent thumb-algia. Hence, I propose that the medical media rename this to the much more brand neutral, tympanically pleasing, and alliterative term: TEXTER’S THUMB!

4 comments on “Move Over Penis Captivus, Cello Scrotum and Guitar Nipple, we have TEXTER’S THUMB!”