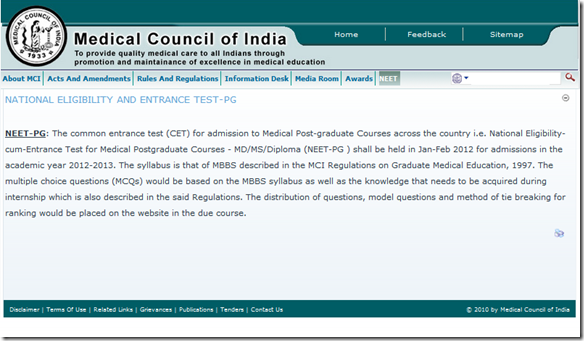 So according to the latest update on the website of the Medical Council of India, the proposed merging of state and national level entrance examinations for the post graduate education is going on as planned, despite the stiff opposition from certain sections.

Though this notification is a bit vague and in no way a complete guide, this at least dispels the clouds of doubt that loomed large over the status of the common entrance test.

A few take home points from this message:

In conclusion, this announcement raises more questions than it answers but definitely it comes with several pros and cons. Another post to discuss them, but for the time being, all I want to know from you is, is this news going to impact your preparation strategy in any manner? If so, how?