Disclaimer: This post contains a lot of explicit images and one explicit video as well. The language is also not suited for the run of the mill blog, but in the spirit of writing unhindered, I have edited myself as little as possible. If there is a possibility that graphic references to (human) sexual activities offend your sensibility then please turn back here. Do not read on. You have been warned. You shall be offended and feel the need to leave adequately pontificating comments on the page (which I shall take immense pleasure in ignoring). This post is NOT SAFE FOR WORKPLACE and reader discretion is advised. Ok. Still reading? Well, go on then… get going!

The act of coitus has always enthralled man over the ages. From sculpted erotica to the written word, man has explored sexuality down the ages, and as medical science has started entering its hormone-enthralled puberty, it has now given man the ability to alter it as well. The painter, scientist and philosopher, Leonardo da Vinci was one among a long line of illustrious academics who scrutinised the act of coitus with a close, scientific view. In 1493, he drew the anatomy of sex, and called it “The Copulation”; he blurbed it with these words:

“I expose to men the origin of their first, and perhaps, second, reason for existing.” 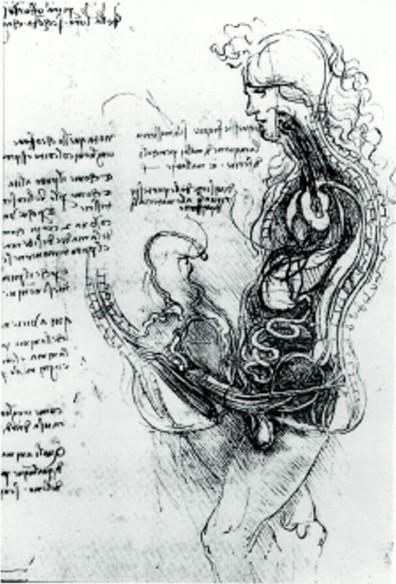 One of the more modern followers in this line of illustrious researchers was Peck van Andel and his team from Groningen.

They wanted to find out whether it was feasible to take MRI images of the act of sexual intercourse and then analyse them to find out if it revealed anything new and different from what has been the wisdom of the ages. In a weird way, that made sense to me. Here was something that has been said to have happened in a certain manner for a long time, and with no empirical way of verifying such claims. A researcher comes along with an audacious idea and wants to test the pre-existing theories.

Traditionally, it has been difficult to acquire MR images of moving things and as everyone knows, sex usually involves a lot of moving around, but then again, these are people who are far from traditional in their way of thinking. This was 1996-1998 and the best they had was a 1.5 Tesla scanner, and yet, they managed to take images which are enough to make this post rank as NSFW. Of course, one needs to have a basic understanding of how the human body works to decipher these images, but I am guessing that knowledge is not too hard to come by in today’s day and age.

So here is what they did. They took an initial shot for the positioning of the pelvis of the female participant. Then once the true pelvis was positioned for the best “view”, the first image was taken with the woman lying on her back. Following this, the male partner was asked to have enter the tube, and have coitus with the female partner, in a face-t0-face position, colloquially referred to as Missionary Position. Once this was done, the male partner was asked to leave and the female participant was asked to auto-stimulate herself till she reached the pre-orgasmic phase. Once this phase was reached, another image was taken. Then the auto-stimulation was asked to be continued till the orgasmic phase was reached. Twenty minutes after the climax, another image was taken. If all this sex talk has gone to your head and you no longer understand things until and unless they’re presented in a graphic manner, here you go:

So, naturally, the question arises, what did these images look like, considering all the motion going on and the (by today’s standards) archaic instruments being used for the imaging? Well, here’s one to take a look at:

These are images number 1, 3 and 4 from the above flowchart. The piece de resistance, the image number 2, which, given the amount of motion and the poor resolution of 1996 scanners (and their high tendency to suffer from motion artefacts), must have been exquisitely difficult to obtain, looked like this:

If you do not understand what is going on in here, there is a descriptive “answer key” to this image, which can be accessed on the original paper (you should go take a look at it. It is free and open access. Linked below)

What is interesting is that this experiment was running for quite a while. Starting from 1991, all the way down to 1998, and ultimately wound its way into the Christmas 1999 BMJ issue. Peck van Andel and his team must have been quite motivated to have stuck on to this project for so long!

One of the major hurdles that the researchers faced was that the male partners found it harder to get, well, hard (sorry, you should have seen that pun coming). The performance anxiety was understandable and apparently only one of the couples consistently performed well. The paper writers attribute this ability to succeed time and time again without pharmacological intervention (sildenafil became available in the Netherlands in 1998 and was immediately employed by PvA and his team to augment the results of the study… overlook the innuendo) to the fact that they were invested in an aesthetic and scientific interest in the study, and to top it off, they were amateur street performers, who had to perform under stress. If you are still wondering what scientific investment they had in the investigation, let me just say that it was one of the co-authors and her partner who participated in the initial experiments and helped in formulating the study protocol.

However, considering the fact that having sex inside an MRI scanner is not at all an erotic experience, especially, considering the fact that there were a bunch of people who were watching their actions (and probably judging them, while they were at it, albeit, in a hard, no-nonsense, scientific manner), it is no surprise that the males had so much trouble. The study authors should have considered employing some professionals who are regularly habituated to perform under pressure, with eyes and imaging equipments trained on them the whole while. If you still do not understand it, then, a little hint to jerk those limbic and occipito-temporal neurone off (though I am afraid the portent of this stimulus maybe lost on my non-Indo-Canadian readers):

While a quibble broke out over the inability of the men to perform at par with their female counterparts, and the relatively high success rates achieved by women in self-stimulating themselves, it can be argued that men are still not redundant. It shall be certainly misogynist and sexist to label the high rate of female “success” to the Housean epiphany of “Everyobody lies” and I am definitely not stooping to that level. All I am saying is that some people might proffer that line of argument to even the odds. 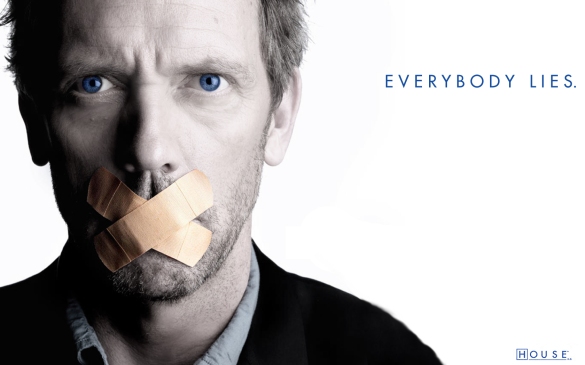 It may also be reasonable to argue that self-stimulation under such “arduous circumstances” may be a better way to reach the climax than with another person within a tube, with only 50 cm of space to leverage oneself in, all the while, remembering that there were prying eyes in the sterile setting evaluating them scientifically. Not everyone has that kind of passion for science.

The authors also managed to make a video out of their study images and after their paper won the IgNobel Prize, it was premiered globally on the YouTube channel of the Improbable Research Collection, who are the curators and the keepers of research that makes us LOL and then, THINK (the stated objective of the IgNobel Prize committee as the criterion to judge the nominees). You can check this out:

There is an ethical dilemma of what qualifies as research and where we should draw the line for frivolity. The fact that the investigators kept their enthusiasm going for almost a decade to complete this unreasonably complex study (to gain meager footholds in return) seems to be a mockery of the expensive instruments they employed to whet their intellectual and aesthetic appetite. The gained knowledge is, by no means, ground breaking, or even commensurate with the amount of labor and cost that may have gone into the devising and conduction of the study. But the problem with this moral high ground is that, this is a slippery slope. If we started to judge science based on anything but logic and flow of thought, if we started to evaluate issues which raised questions not with answers but with judgements based on moral and cultural issues, then we could have a bit of a problem. I am not suggesting we should go and re-do Auschwitz or Tuskegee or Guatemala or Willowbrook all over again, but if there is a question, and a reasonable way to find an answer without harming anyone, then there should not be any moral implication to stall that.

There is no denying the fact that the grainy and difficult-to-decipher video hardly makes sense to most non-medical people unless they have looked real hard at it, and that is probably the only reason that it continues to stay online without being tagged as pornographic. Any higher resolution of that video, and we might as well be looking at an adult movie clip. Also, the fact that a leading journal as the BMJ espoused the issue and published this highly original article adds to the legitimacy of the effort.

Science is fun. Research is not just plodding paperwork or worrying wetware that needs to be done to save humanity from the next big plague. There is a huge role for research to add to the existing body of knowledge, but sometimes, an effort like this comes along, and we are left wondering – did we really need this? I believe this paper may not have served the greater part of suffering humanity with any succour for their pain, any salvation for their starvation. But what it did, undoubtedly, was to bring a smile to every reasonable, open-mided, fun-loving science aficionado who knows that they need not take themselves too seriously over their profession. It helps us point out young minds that there is no ceiling on the room of innovation, that sometimes, we need to go so much out of the box, that we forget where the box is! It is a stimulus for people to question conventional wisdom passed to us down the generations, and then to set about trying to devise a way to answer those questions.

If nothing, it is a frivolous bit of ridiculously expensive science with no pragmatic significance that might make you smile when flipping over an old BMJ Christmas issue. Sometimes, in our misery-ridden world, that is more than enough justification!

One thought on “[Warning: NSFW] Sex and the CT (MRI, Actually)”