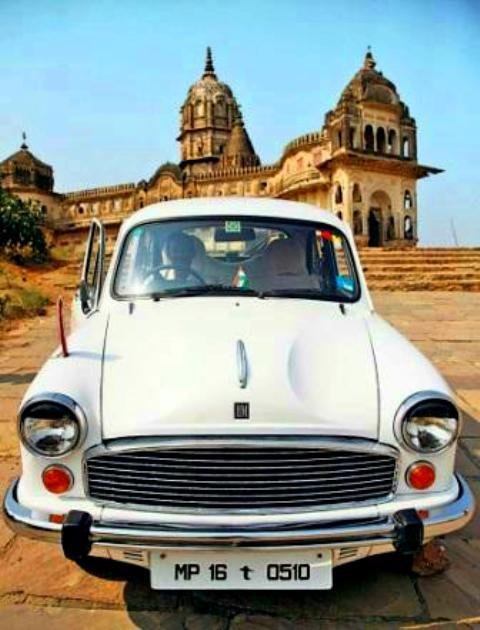 These days the newspapers are awash with so many happening and eye-catching articles, that it would not be too hard to miss this one: Hindustan Motors, the makers of the iconic Indian car, the Ambassador, is closing shop. Plummeting sales, steady refusal to move with the times and redesign the engine and looks, and a myopic leadership entangled in bureaucratic inertia, and a generation that has grown disillusioned of the bulky “family vehicle”, in addition to a plethora of other reasons has brought the so-called “King of Indian Roads” to a grinding halt.

The white Amby, with the blaring “hooter” and spinning red-light atop it has long been a cherished achievement reserved for the patricians and aristocrats. However, the signs were starting to show. Once the pride of the bureaucrat, the ride for the Indian Prime Minister and the workforce under the title, it was silently displaced by a BMW several years ago. Aside from the streets of West Bengal, the car was becoming a rarity. In all my months in Delhi, I hardly ever chanced upon an Amby that was not on a bureaucratic mission.

There will be no lamentations as very few people of our generation even consider this bulky juggernaut a worthy vehicle. In an age where hatchbacks were taking over, Hindustan Motors failed to refurbish the face of their company. The newspaper reports say that not only were there design and marketing issues, apparently, this once-iconic company was being managed in a really shoddy manner. Towards the end, they were producing only five cars a day with a factory strength of almost 2600 in their employment. An unsustainable venture by any estimates.

I have enjoyed riding this spacious car since I was a kid. Not only do we have one in our family, there used to be several when I was growing up, which were used for multiple purposes. And of course, anyone who has ever had a bone-rattling ride on the Kolkata cabs knows what it feels like to ride one of these vehicles!

If you are wondering why the demise of what has become an unfit-for-the-age car has caused me such heartache, let me just say that this is not just the end of the road for the car. It is the end of the road for a wonderful bit of history. Established in 1942, the Hindustan Motors company was a powerful, indigenous automobile maker. Second in age to only Toyota, as far as I know (I may be wrong), the company bore a proud heritage of being the makers of automobiles from a pre-independence era. The Ambassador was a spin-off from the Morris Oxford III, and replaced its predecessor, the Morris Oxford II, also known as the Hindustan Landmaster.

What is striking is that from the very first generation, the so called Mark 1, the Ambassador has really not undergone too many changes. While I have been a huge fan of the round headlights, and a design that you could identify from a mile off, the lack of commitment to bringing the car up to the required standards was what killed it in the end. Honestly speaking, it is a huge car, with an unparalleled boot space, leg space and the power to stand its ground on the harsh Indian roads. But it needed to upgrade with the times. Maybe not get those super-ugly, “eye-shaped” lights, but it needed to show that there was a future to owning or buying the car. The company failed in providing purchasers with that faith.

Now, most of these cars will act as the rickety taxis in Kolkata till they are eaten away by the sands of time. I shall keep longing for the Amby of old, the one with the steel, round horn, the sofa-like seats, the miles of leg space, the roar of the huge engine when kicked into life, and most of all, the manual transmission gear attached to the side of the steering wheel. It is an extremely impractical car to own now, but somehow, I have always had a thing for the Hindustan Motors products. But still, if I ever manage to wrangle it, my HM car of choice, would be a juiced up Contessa Classic with an Isuzu under the hood, and not the lumbering, loyal, and ever-ignored, yet, much-beloved old Ambassador.