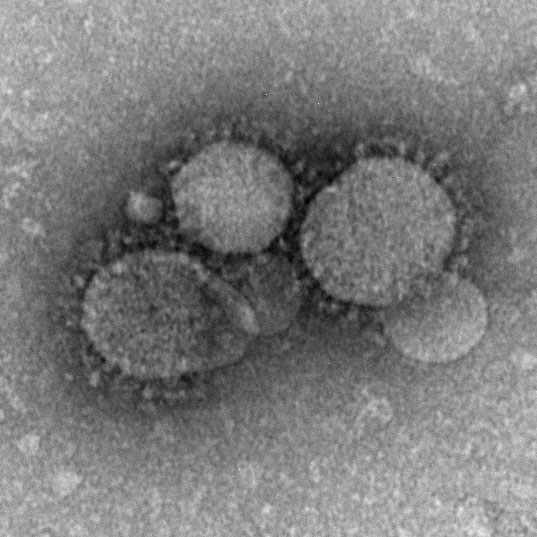 The Middle Eastern Respiratory Syndrome coronavirus (MERS CoV) is a novel single stranded RNA virus that has been doing the rounds in the Middle East, bits of Europe and North America. Given our experiences the last time we had a new respiratory virus (remember the pandemic?), things have moved rather fast this time once the MERS CoV had been identified. Human-to-human transmission has been noted in the healthcare as well as a household setting already, making it a potentially explosive disease once again. It is also believed to be a virus of zoonotic origin, having seen to create high antibody titres in bats (there you have it!) and camels. However, just having reports of high titres is not enough to definitely say that it shall spread through a zoonotic route as well.

In an NEJM Brief Report, there seems to be a good possibility of evidence of transmission of the MERS CoV from a camel to a man. Though the article is worth reading, I shall give a few spoilers: A man owned nine camels, which he kept in a shed in a place 75 km away from Jeddah. He was tending to these camels, some of which fell sick with nasal secretions and upper respiratory illnesses, along with three other persons. Incidentally, his daughter also contracted a respiratory illness 5 days after he was admitted to the hospital with severe respiratory syndrome; fortunately, the daughter recovered in 3 days without any complications. Anyways, in one of these camels, the owner applied some nasal topical drug, coming in direct contact with the secretions. None of the other players had been in direct contact with the secretions.

It was later on shown that the affected camel he tended to harboured the same, 100% sequence matched variant of MERS CoV. The man’s initial titres of antibodies against the virus was low but increased as time went by, eventually crossing the gold-standard fourfold increment. His daughter, or his other associates, fortunately, were never positive for MERS or H1N1. Interestingly, the camel which provided the sequence matched sample, in a 28th day swab, turned out to be negative for the MERS CoV. Now I am not an immunologist or virology guy, but it seems like these camels are better than us at fighting off the infections! This further bolsters the theory that they might be an independent reservoir for the virus.

A brief timeline of the events that unfolded with respect to this case as depicted in the paper is shown below:

With respect to the MERS CoV, we have a head start this time. We know where this is coming from, we know how this is spreading. This brief report may be a crucial bit of evidence in the building blocks of a preventive fort against an oncoming tide of another viral pandemic!

2 comments on “MERS CoV: Can it spread from camels to man?”