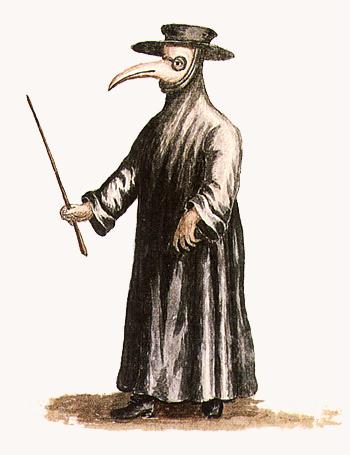 While the whole world has been in panic mode about the “Ebola Crisis” that has been evolving in western Africa in the past few months, a new problem has started to raise its head now. As we seem to have achieved some sort of control over the epidemic of panic and ebola, the media has dished out its next offering for us: The “Black Death” disease is raising its head in Madagascar. That’s right folks, you got me right. Madagascar is facing an outbreak of plague and it does not look good.

However, this is not the first time that the country is in the throes of the disease. While looking at the WHO Global Outbreaks (disease list) page here might give us the impression that this disease is new to the island nation, that would be quite far from the truth:

The fact is, there have been continuous outbreaks of the disease in this nation every year for the past several years. Although I do not have access to the statistics at the heart of this graph, and I must admit that I am not extremely well-versed in the minute details of the epidemiology of infectious diseases in this particular nation, an online search seems to reveal that there has been annual outbreaks for a while now. If the Global Infectious Disease and Epidemiology Network (GIDEON, for short) is to be believed, then the plague has been around in Madagascar for a while now.

According to the GIDEON, two major waves of the disease have occurred in Madagascar in the past, once in 1932 (3656 cases) and again in 1997 (2863 cases). The first major outbreak was in 1902 in the district of Majunga, with 142 fatalities. So, clearly, though there seems to be no mention of this in the WHO page, if the GIDEON statistics are correct, then this outbreak is nothing new in the context of the nation. This draws a scary parallel with the Ebola outbreaks, which had been happening in different parts of Africa for a while now. It took this massive outbreak, with a palpable threat of spreading to other developed nations before the world sat up and took notice (and start panicking about it). It looks like a similar situation is going to happen here as well. Before elaborating any further on this, let me, once again, refer to some statistics from the GIDEON:

If there is one thing these numbers suggest, then it is this: plague has been a problem in Madagascar for a while now. While the whole world, and the media, in particular, is more sensitised to the issues of infectious diseases spreading through the world like wild fire, the numbers are no worse (till now) than it was three years ago. This year it seems like there have been 119 diagnosed cases with 40 deaths, which are similar to the numbers seen in the 2011 outbreaks.

What has pained me in the whole process of watching the unfolding drama of Ebola Virus Disease is that most public health response has been panic-generated, and not policy dictated. If it were dictated by sound policy, then we would not be sitting atop an Ebola Bomb today. A similar picture is revealed with respect to plague in Africa. Africa is a major player, almost single handedly accounting for the plague related mortalities on a global scale in the recent years, and within that, Madagascar emerges as the single largest problem area. Once again, trusting the GIDEON numbers, we see:

This is a clear indicator that there has been a systematic ignoring of the issue at hand. While I appreciate that the island nation is battling political instability, poverty, hunger, and a long-standing problem with locust infestation that causes massive destruction of crops each year, adding to the burden of hunger, the international aid and attention that Madagascar will receive this year, is surely going to trump any such activity in the past. This tendency to ignore a problem (there is a reason a bunch of diseases came to be called as “Neglected Tropical Diseases”) until it grows to be a menace to the developed world seems just a wee bit morally repugnant to me.

Anyways, this year, there have been 40 deaths and 119 confirmed cases, and with the “plague season” in full flow, it seems like the numbers shall keep growing. This is not an encouraging trend and is yet another reminder of the mistake we made with Ebola. We need to remember: a stitch in time…

There needs to be a concerted global action plan that needs to identify all such possible diseases (this should theoretically not be difficult to do in all countries that have been trying to implement the IHR) and take adequate steps to nip the evil in the bud. Or else, we need to start preparing for the worst eventuality. This:

1 comment on “The Plague Hits Madagascar: In the shadows of the Ebola crisis”