A few days ago, I wrote about how an outbreak of plague was threatening to rake up high numbers (and still is!) in Madagascar and yet it seemed to have been overshadowed by the big news in the medical world: the ebola outbreak. Now, closer home to the Ebola outbreak, in the West African nation of Benin, there is an outbreak of Lassa Fever, which is another viral hemorrhagic fever. Benin is a West African nation but it is buffered from the current outbreak of Ebola in Guinea-Liberia-Sierra Leone by Ivory Coast, Mali (which has recently reported its second death due to Ebola virus disease) and Burkina Faso. A look at the Google Maps snapshot might be of help: 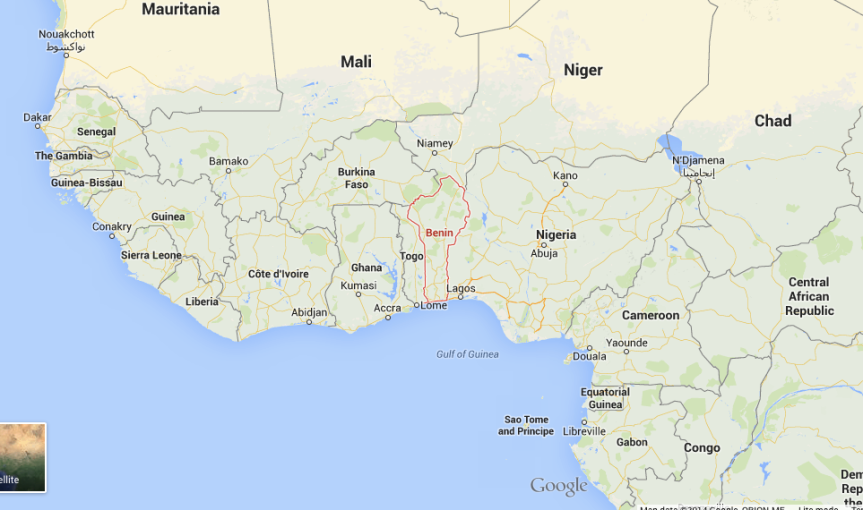 Lassa fever is caused by a virus in the Arenaviridae family, which, though distinct from its cousin Ebola, which belongs to the Filoviridae family, causes a similar, though milder disease. The fought estimates according to the CDC pegs the annual number of cases of Lassa Fever to anything between 100,000 to 300,000 in West African nations. It has relatively lower case fatality rates, accounting for about 5000 deaths annually. The virus is spread by the Multimammate mouse, Mastomys natalis, which is really cute-looking. Picture courtesy Rob Taylor at iSpot:

The thing with Lassa fever is that there is no chance of eradicating or even eliminating this disease as the control of this wild-living mouse is out of question. So, it is all about prevention and health education about it now.

Benin has reported 9 deaths from Lassa Fever so far and the health officials are tracking 170 people and trying to prise out their contacts. As in the case of Ebola, contact tracing and isolation is a key component of controlling the outbreak of the disease. If the news reports are to be believed, then the outbreak has happened in some remote towns, therefore limiting its potential to spread out internationally. There are 15 confirmed cases who are under observation and as I said before, their contacts are being tracked as well. The Ministry of Health is hopeful about controlling the outbreak before it gets out of hand.

With Ebola infecting over 16,000 people and claiming close to 6,000 lives, the health officials in Benin are expected to be doubly vigilant: with one virus running rogue costing so much in terms of human lives and resources, West Africa cannot afford another virus to follow in the footsteps of the Ebola. It is time to nip the evil in the bud!