A meningococcal meningitis (caused by Neisseria meningitidis) outbreak in Niger, which started in January this year, has kept gaining momentum. Currently, the numbers of cases in the country stands at 697, with 75 deaths attributed to this disease. A previous report stated that it had affected 345 people between January 1 to March 29 of this year, and of those, 45 people had died. The increasing numbers point to the trend that the disease is increasingly spreading through the susceptible people in the community. 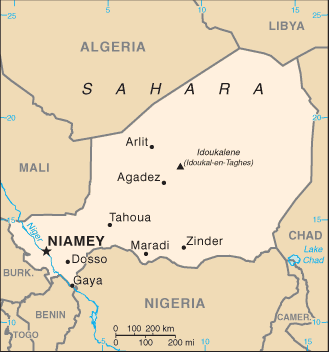 According to the World Health Organization (WHO), Niger, which is one of the poorest nations in the world, is prone to frequent epidemics of meningococcal meningitis because of its position in the meningitis belt, stretching from Senegal from the west to Ethiopia in the east.
Vaccinations are the primary mode of controlling the spread of the epidemic by inducing immunity in the susceptible population. Over 13,500 doses of the vaccine has been distributed as part of a vaccination campaign that is being launched to combat the epidemic. More vaccines will be deployed once the campaign is moving.