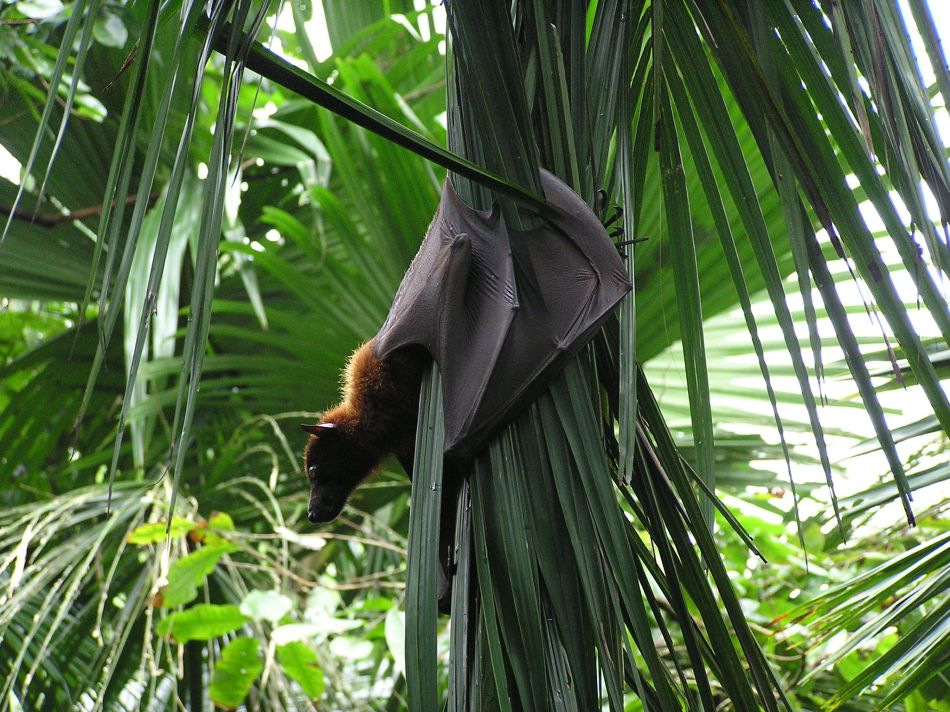 A recent publication in the CDC’s Emerging Infectious Diseases journal talks about the factors related to the emergence of zoonotic infections. They have studied Nipah virus infections in man. This is another effort to bring visual abstracts for infectious disease publications of interest to me.

The abstract of the paper:

Preventing emergence of new zoonotic viruses depends on understanding determinants for human risk. Nipah virus (NiV) is a lethal zoonotic pathogen that has spilled over from bats into human populations, with limited person-to-person transmission. We examined ecologic and human behavioral drivers of geographic variation for risk of NiV infection in Bangladesh. We visited 60 villages during 2011–2013 where cases of infection with NiV were identified and 147 control villages. We compared case villages with control villages for most likely drivers for risk of infection, including number of bats, persons, and date palm sap trees, and human date palm sap consumption behavior. Case villages were similar to control villages in many ways, including number of bats, persons, and date palm sap trees, but had a higher proportion of households in which someone drank sap. Reducing human consumption of sap could reduce virus transmission and risk for emergence of a more highly transmissible NiV strain.

This paper has an interesting takeaway:

Our study objective was to identify the major drivers of spatial patterns of NiV spillovers across Bangladesh by drawing upon evidence we have about individual risk factors for NiV infection. There might be other rare drivers of risk that were not detected because of limited statistical power. However, these drivers would have a smaller role in explaining disease risk than those identified in this study. P. medius bats are found throughout Bangladesh (42) but spillover of NiV to humans could be driven by spatial or temporal variation in NiV incidence in bats. More evidence about this possible contributor to spatial heterogeneity would improve our understanding of risk.

Our study provides an example of how epidemiologic studies can be used to describe the ecologic drivers of zoonotic disease emergence. The risk for cross-species transmission is complex and depends on the presence of reservoir hosts and permissive contact patterns with humans, as well as the frequency of these interactions. Future studies to explain spatial risk for similar emerging zoonotic infections should incorporate data on all aspects of the transmission, including human behavior patterns.

In course of our work with Japanese Encephalitis in the endemic, outbreak prone district of Kushinagar in Uttar Pradesh, we encountered a similar problem. We published the results of our work in PLoS ONE, and we also came to a similar difficulty in applying conventional inferential statistics to the business of unearthing driving factors using an EcoHealth approach:

Given its broad and holistic approach, EcoHealth research captures the complexities of the real world of disease prevention and control by covering more ground, if not depth. This may lead to loss of statistical power. In the real world situation, where often many of these hypotheses are overlapping and inter-related, it is rare that all but one hypothesis are rejected, leading to a summary understanding of the underlying factors. JE or other vector borne diseases, characterized by a complex ecology, thus need to be described through multiple hypotheses. In reality, it is likely, as we have shown in this study, that the outcomes are driven by a “composite of forces”; [58] multiple hypotheses, representing a portion of this composite, need to be evaluated so as to find the best fit. From programmatic angles, the onus is on finding those drivers which are most amenable to intervention. These considerations, which are the unique strengths of an EcoHealth approach, cannot always be accommodated within the boundaries of significance imposed by conventional statistics.

Despite the lack of statistically significant relationships, several associations have emerged which open up avenues of further enquiry, including several potential points of intervention to deal with the burden of JE. Further studies could concentrate on adopting study designs which help in establishing the strength of these associations, and if possible, identify causal relationships, if any.